Chinese novelist and journalist Xinran continues her work that allows the voice of women in China to be heard. With her latest book, “Message from an unknown Chinese mother “(1), she deals with energy and empathy with a huge taboo: women who abandon their daughters for adoption in Europe or the United States. Meeting in Paris with a commited Chinese woman.

In Nanjing, a famous radio programme.

Xinran was born in Beijing, fifty years ago, in a wealthy family victimized during the Cultural Revolution]. Her very distant relationship with her mother was also for sure a deep wound.

From 1989 to 1995, in Nanjing, her program “Words on the night breeze” met  considerable success; for the first time, women, live, could talk about their personal , family and even sexual problems.

She moved to London in 1997 where she could write ” The good women of China ” (2) encouraged by Toby Eady, a literary agent whom she married in 2002.

Four books and columns for the Guardian left her some time to create a foundation (3) in order to help underpriviledged children in China and also Chinese girls adopted abroad to answer questions they arise about their origins. That is the purpose of “Message from an unknown mother” her latest book which has just been published in France.

My Chinese mother did not want me, why?

The book includes ten stories of mothers, couples, abandoned children and infanticides by parents or midwives.Testimonies are included on the situation of orphenages, very miserable a few years ago, on trafficking and child abduction. International politicies concerning adoption and their development are also discussed.Xinran first underlines the courage of these mothers who refused an abortion despite the pressures and who gave life to these little girls whom they were forced to abandon later.

Boys are traditionally preferred: “If you have no son, you will have no one to burn incense on the altar of the ancestors … You do not receive additional land … The officials will not give us an extra piece of land when a girl is born. “

Moreover, in the countryside, the boy is most often the only ” old age pension” of his parents while the daughter is an ” unprofitable investment ” since she joins after marriage the family of her husband.

All this is changing, but slowly, as evidenced by recent books by Leslie Chang (4), or Xinran  (“ Miss Chopsticks”) emphasizing the impact in their families, of the savings of country girls turned factory workers.

Xinran: In 2010, I visited several areas in the north, near Harbin, I recognized in some houses the red lacquered wooden basins used to bathe newborn babies and possibly drown baby girls at birth …

At Harvard, a few months ago, a Chinese student, who had a scholarship, asked me to denounce this. Her brother and sister in law were forced to eliminate two babies at birth because, in the countryside, in some areas, you must first have a boy.

This happens of course in the most backward rural areas, much more in the north and west than in coastal regions.

This policy is part of an overall policy of birth control. As I recalled in the introduction, in 1950, the economist and demographer Ma Yinchu emphasized the absolute necessity of controlling population growth, he opposed Mao Zedong, who supportd the increase in population and who forced him to resign In 1960; 500 million inhabitants in 1949, 700 million in 1966, 1.2 billion in 1979.

Families in the countryside, who however benefit of exceptions are opposed to this policy, which is applied strictly and effectively only in cities and in some areas, often in a very violent manner.

Sex of the baby is now often known before birth; as a result of selective abortions, a demographic imbalance is created in some areas ranging up to 130 boys per 100 girls. As a result, in recent years, specially in Vietnam and Yunnan, the number of abductions of young girls old enough to be married has increased so has trafficking for prostitution.

Is the suicide rate among women going down ?

China is the country with the most suicides (300 000 per year) and the only one where women (58%) commit suicide more than men, especially in the countryside with pesticides.

This does not seem to change much. Suicide in “prison factories” of southern China, are spectacular but limited in number and affect more men than women. Remember that women who work in these plants find their lives much better than in their village!

Mo Yan has just published a new novel “Frogs” where he writes about his aunt, a midwife responsible of as many births as forced abortions; your book also touches on this subject. Is there a debate on birth control? Yes, without doubt, there is already a change in Shanghai, where a second child is accepted for couples who both of them are single children. Some worry about the aging of the population, others stress the positive aspects of this policy, which avoided a population explosion like what is happening in India.

In Chinese cities it is mainly a matter of education and living conditions and this policy could be relaxed.

What is interesting is that now, the first children of this one-child policy are now old enough to start a family while family structures were completely disrupted by this policy.

International adoption and orphanages have been a solution? 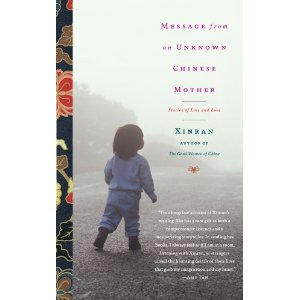 My book points out that from 1992 to late 2007, 120,000 children were adopted in 27 countries, almost all girls. In the 80s, the situation of orphanages was dramatic, and this will improve especially with international adoption; foreign foundations will partially fund the orphanages.For a foreigner to adopt a baby girl in China in 2007 will cost from 2 200 to 3 700 euros; for Chinese families, between 1100 and 5500 euros for a boy and a girl for 36 euros!

As everywhere, with adoption you find abuse, child trafficking, corruption, kidnapping of children of families who cannot pay the penalties for violations of the one-child policy.

Since 2006, international adoption is decreasing, why?

It is not clear; the adoption criteria became more restrictive and rising living standards, particularly in the east, led to fewer abandoned children. In addition, there have been cases of abuse of adopted Chinese girls in the U.S. with strong reactions in China.I cannot get numbers of the relevant administration officials and orphanages  managers avoid contact.

In addition, as you know, foreign foundations are not registered in China and their situation in relation to orphanages is not very clear. Legislation is pending approval but it will take time. In China, one must solve the problems within the national family, without foreign intervention …

You are only talking about positive aspects of international adoption …

I have not written a book on international adoption, I am not qualified to deal with 27 different cultures and I just wanted to provide some pointers to those children who one day will have to answer to their own children. Their mothers have struggled to give birth and despite their love could not keep them, this has often destroyed their lives.This book is a message of love.

I come back to the one-child policy in my next book; these children are now old enough to have their own families. With these single children, educated as “little emperors”, the psychological and sociological price to pay for this policy is high.