Qiu Miaojin: love letters and a suicide in Paris… 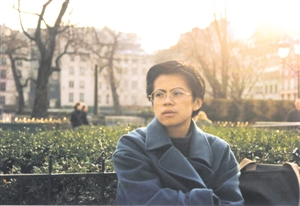 Qiu Miaojin is a cult author in Taiwan and not only in the gay communities. Translation, last

year of “Last words from Montmartre” in a prestigious collection (1) will make a name for this talented young woman who committed suicide in Paris in 1995 a few weeks after her 26 birthday.

– A cult status in Taiwan:

The impact of this book can partly be explained by the political developments in the island. A more liberal regime, a martial law lifted in 1987 after nearly forty years and especially a multicultural identity: Mandarin imposed by the Kuomintang, the Hakka tradition, the influence of Japanese colonization and aboriginal tribes.

We are witnessing in the 1990s an explosion of literary movements (including Tongzhi literature, gay and lesbian) and student demonstrations in Taipei (Wild Lily in 1990) after that of Tiananmen in 1989.

The books of Qiu Miaojin accurately proclaim her sexual orientation and are an application for recognition of homosexual communities in theTaiwanese society at a time when Taipei was not yet the most “gay friendly”capital of Asia, it later became.

Qiu was born in May 1969; after high school in Taipei, she joined in 1987 the National Taiwan University. She writes short stories and published her first book in 1991 while completing her psychology studies.

Her book “Notes of a crocodile” was published in 1994. This book, which will be translated soon, became a reference, a kind of lesbian code at the time. A few months later, she left for Paris to study at the University of Paris VIII, the clinical psychology program and Feminism organized by Hélène Cixous.

Her book tells of her many contacts in the lesbian community with Helene Cixous and Geneviève Pastre (1924-2012) and her love affair with Laurence, a socialist activist coming from the upper bourgeoisie in Lyon.

She shares with us her passion for the films by Tarkovsky and especially by Theo Angelopoulos. For me one of the best directors of whom I have recently seen again several films, “The Suspended Step of the Stork”, “Eternity and a day”, awarded the Palme d’Or in Cannes in 1998 and “Ulysses’ Gaze”. Largely forgotten films which is quite surprising as they are handling topics similar to recent developments in Europe: the borders in northern Greece, checkpoints, barbed wire, army, refugees and the violence of this confrontation …

She also knows how to talk about Paris, the neighborhoods she loves, her daily life for three years despite the drama of her relationship with Xu.

“Last words from Montmartre” is a small volume of 150 pages, translated by Ari Larissa Heinrich, professor at the University of California in San Diego, who is also the author of an excellent afterword. These are twenty letters to read, says the author, in the order you want to choose. Monologues although Zoe (the author’s pseudonym) reports conversations, contacts …

The central theme is her passion for Xu: “The only person I ever gave myself to completely has betrayed me, her name is Xu.” “I have loved you madly for three years now.” Xu abandoned her, but it’s Zoe who first moved away from her: “I wanted so much to live with you but I also wanted to be far away so I could stop obssessing about you” (p.76). 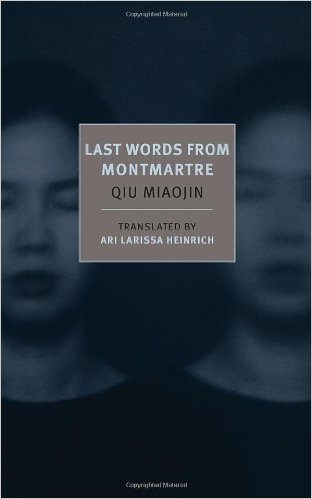 She recognizes that she has a tendency for depression and an unstable and passionate nature. With great humility, she mentions her mistakes, her weaknesses, her excessive sensitivity even if sometimes the letters are a self-justification attempt.

She stresses the importance of sexual desire: “sexual desire is both a perplexing and critical part of love. In my prior relationships … the greatest obstacle was that I was under the mistaken feeling that they did’nt desire me. ” “I have always beens attracted to women, and I need sex with the person I love. Ever since I was young, it’s been a 100 percent attraction to women … The women I long for most are always the gentlest, the most “passive” ones “(p.82).

Many discussions on the reasons for her suicide: depression problems, a love failure, but also perhaps a demonstration of the links between life and art like in Mishima’s suicide in 1970.

Her notebooks, published in 2007 in Taipei, specify many autobiographical elements and lovers who like art are at the center of her life. History, China, all these themes that obsess many writers in the region, are absent from her work, which is passionate for the international art community.

Suicide is also a way to punish Xu: “My death will remind her of the seriousness and sincerity of life itself” (p.53). But she also knows that this death will be disastrous for people who love her, for her parents or for her former love, Yong, who, in Tokyo, was supporting her after the departure of Xu.

But art is also a central goal: “All my other accomplishments mean nothing to me. If I can only create a masterpiece that achieves the goal I’ve fixed my inward gaze upon during my creative journey, my life will not have been wasted ” (p.37).

The quality, the energy of this literary work are evident even if the last letters are a set of reflections without much unity or interest. Consistency is not always demonstrated in some of her admirations (the philosopher Gabriel Marcel, the sculptor Landowski …). The same is true of her judgments on her old passions that are often mentioned in relation to herself, selfish, passionate, excessive but so beautifully alive.