The cult writer Wang Xiaobo: sex as resistance to oppression 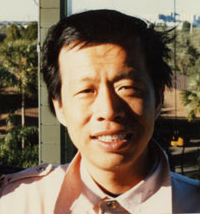 Wang Xiaobo, who died in 1997, is a cult writer in China, especially among students. Sites, and forums are devoted to him and the anniversary of his death is the occasion of numerous commemorations.This is why the release in France of his novel “Future World”(1) is an important event, especially as his most famous work ” The Golden Age ” is very difficult to find in French (2).

Three holes in his historian’s license
The narrator, historian, writing the biography of his uncle, a writer, who has published nothing during his lifetime and, as Wang Xiaobo, is not a member of the Writers’ Union .

He has the talent to state with the utmost seriousness absurd ideas pushing the logic to extremes. Sometimes with a bit of a schoolkid humor:

” At school, the teacher told us that we should have two qualities to be a historian: the scientific spirit which should lead to tell only the truth and the political spirit which is to say the opposite of the truth. “

The second part of the book deals with the rehabilitation of the author and is a story about the status of intellectuals in a totalitarian society .

He loses his libido and resists writing
Some developments remind us of the absurd of a writer like Ionesco but an absurd linked to reality :

“For the same story you will have less problems if you say that it is a fact that if you present it as fiction but you still will have some; it is best to pretend that it is cryptic metaphors, meaningless symbols or mind games, then you will not be troubled. “

The General Authority of public order withdraws his identity, confiscates his property. He became a construction worker, repairs the crumbling housing which was assigned to him and which is shared by a young and pretty woman, painter or call girl or spy to the service of the Authority.

A British literary prize is awarded to him, the Authority asked him to join as ” writer ” his writing group; a well paid and not time consuming job who should only produce books without significance. Sadistic behavior in the Authority and his status as writer which is ” equivalent to castration” upsets his sexual relations, he loses his libido and became ” completely refractory to writing .”

This short book is read with great pleasure, humorous , irreverent, he handles with a disillusioned and cynical tone important issues without taking them seriously.

A book translated by Mei Mercier, professor of Chinese in Versailles, who is preparing a thesis on Wang Xiaobo, under the direction of Isabelle Rabut, professor at the INALCO and a well known translator.

Sex, a weapon of the weak against the strong 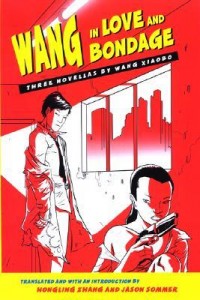 These topics have resulted in another novel, “2015” , which is translated into English in a book published in 2007 by the State University of New York (3) (which also includes “The Golden Age ” and the screenplay for the film” East Palace, West Palace “).

The structure is similar, a narrator, an uncle, this time a painter, not a novelist. But nobody knows what he paints or understands what he means. He is therefore expelled from the Painter’s Union and arrested because he sells paintings without a license.

He is taken care of by the Rehabilitation Institute and subject to the sadism of a female police officer, his guardian and his mistress . Sex can also be a weapon of the weak against the strong!

Remain silent to resist
In an essay published in 1992 and translated by Eric Abrahamsen, ” The Silent majority” (4), he stressed that the silent majority is the largest group in Chinese society, a group which is critical without directly confronting the power. He praised silence which is a position of resistance .

The writer has no political responsibility, literature has the power to deride the world of speech and logic pushed to the absurd becomes a parody of the Maoist language. This logic is a family heritage, he was born in 1957, the year his father, a professor of logic, is expelled from the Communist party.

In 1968, Wang Xiaobo, as millions of young people will be sent to the countryside during the Cultural Revolution.

Michel Bonnin, author of the reference book on the subject, (ed. EHESS, 2004) ” Lost Generation”, quotes  him:

” If you ask me at which period of my life I have been morally the best, I would say: at the beginning of my stay in the country, then I only thought of one thing: to liberate all mankind . I absolutely did not care about myself. At the same time, I must admit that I was extremely stupid. “

Sent to the countryside , perhaps a golden age 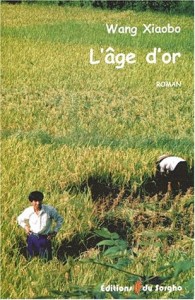 ” The Golden Age ” is a beautiful text, serialized in Taiwan; it was awarded a literary prize in 1991 and immediately became famous .

The author, after three years on a farm in Yunnan in western China and six years as a factory worker , returned to Renmin University in Beijing, where he studied economics for four years. Teacher, he began to write ” The Golden Age ” which will nead many years of effort.

It is a book about nostalgia for this extraordinary period. This is not a work of denunciation even if it is rather critical for peasants, officials and mentions various mistreatments. It is the discovery of sexuality for the hero Wang Er who escaped in the mountains with his mistress, a graduate of the Faculty of Medicine in Beijing. But adultery is a political offense and Puritanism of the times will oblige them to be accountable .

This period was their golden age, sex was more important than the love that twenty years later, she acknowledges that she had for him. It is this love that was intolerable for the environment who read her self-criticism. No optimism :

“Life was a long process of castration …which lead men to age and dissipate every day their wildest hopes; eventually they become similar in all respects to castrated buffalos. “

The first Chinese film with explicit gay themes
From 1984 to 1988, his wife Li Yinhe and he studied at the University of Pittsburgh in the United States and took the opportunity to travel extensively. His wife became one of the most prominent Chinese intellectuals .

In 1992, they published a sociological study on homosexuality, “Their World”, which caused quite a stir. His wife, a few years ago , proposed bills to legalize same-sex marriage and end the decriminalization of certain sexual practices. Her activities, blog, teaching, nowadays create many controversies in China.

This book will lead Wang Xiaobo to publish a short story and the scenario for a movie “East Palace, West Palace “. It is the questioning of a young gay victim of a raid of the police in a park near the Forbidden City. He explains his life, his anxieties and it is clear that the police officer is sensitive to the seduction of the young man …

The film shot in 1996 by Zhang Yuan was awarded a prize at the Festival of Mar del Plata. This is the first Chinese film with explicit homosexual themes. It was presented at Cannes the following year, the year of the death of Wang Xiaobo. The director, whose passport was confiscated, could not go to Cannes to present his film … He had no more points in his license !

(4) Wang Xiaobo, “The silent majority and other essays” will be released in a Chinese and French edition in a couple of weeks. Translated by Luc Thominette and Bai Yunfei. Publisher You Feng, 169 pages, 18 euros.