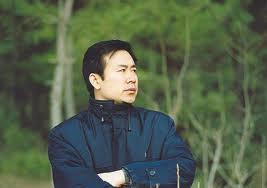 The eighth edition has been somewhat controversial: the prize, which is organized by the Writers Union, is awarded by a jury of 61 people who have to choose from 187 books. The “long” list of 20 titles was strongly criticized as eight of the top 10 books were the works of Presidents or Vice Presidents of the regional unions of the Writers’ Union!

Measures have been taken to ensure transparency of the selection such as requiring signatures on the ballots. It should be noted that for the first time seven novels created on the net were part of the competition and this is just the beginning …

The five books chosen should cool down the controversy because the authors are all popular writers (although three of them are President and Vice President of a regional union !).

Zhang Wei‘s book (“The Highlands”) is a monster of 4.5 million characters; it took twenty years to write and it was published volume per volume. He is a writer from Shandong, who lives in Jilin. Born in 1956, he is not well known abroad, although two of his novels have been published in the United States (“The Old Boat” translated by Howard Goldblatt in 2008 and “The Fable of September”, translated in 2007 by Terence Russell and Shawn Xian Ye).

In France, was published by Bleu de Chine a collection of short stories: “Partance” (translated by Chantal Chen-Andro). We are looking forward for the release by Le Seuil of the translation of “The Old Boat,” a great novel  by a writer considered as major in China.

“Skywalker”by Liu Xinglong is a novel about a school in a mountain area and its assistant teachers. Four novels and short stories have been translated and published by Françoise Naour in Bleu de Chine (“China peasants” 1998 – “The goddess of modernity,” 1999 – “Winter Tea for Beijing,” 2004 – ” The Gate “, 2006) as well ELE (Panda) has published in 1994 a collection of short stories” Teachers in the mountain. “

We will only mention two other winners, two great books: “Frogs” by Mo Yan, and “The Blind” by Bi Feiyu (also known as “Massage”), just published by Philippe Picquier which I am reading with great pleasure.

As for Liu Zhenyun, who was already presented, he is the last winner for “A sentence is worth a thousand words,” a book about the isolation of individuals, the difficulties of communicating. The absence of religion is for the author the basic cause.

Liu Zhenyun was fortunate to have as a translator, Sebastian Veg, a PHD in modern literature, professor in Hong Kong. Two books were published by Bleu de Chine, “The Mandarins” in 2004 and a collection of two short stories “Garlic skins and chicken feathers.”

Once again we can see that we are blessed by our publishers with the number of releases, far more numerous than in the Anglophone world.