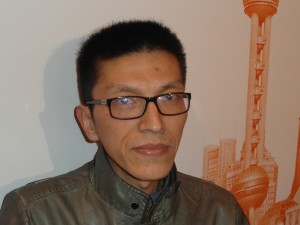 The French Concession of Shanghai is a fascinating episode in French colonial history and development of Shanghai. A “thriller”by Xiao Bai, has just been published and re-creates with talent and a remarkable historical accuracy the turbulences of the year 1931 in the “French Concession”.Once the book is finished, many questions remain which can be met by historical studies but also with the contribution, slightly disappointing,of the Internet.

– A “thriller” and a “historical” novel:

“French Concession” is one of the few Chinese novels which have been successful abroad as “Decoded” by Mai Jia or “The Three Body Problem” by Liu Cixin. They deal with topics far removed from traditional Chinese literature: thriller, spy novel, science fiction book. Topics that were not selling in large quantities in China before the success developed by these new authors.

The English edition of Xiao Bai’s novel was paid $ 60,000. This also is new. The book sold well in Italy and was supported by critics while sales in China were rather limited. It is this success in Italy which interested English-language publishers and raised prices. Success in China is not of prime importance considering that this type of novel, its subject and its characters can appeal to Western readers.

– A writer protecting his identity:

His first novel, “Game Point” published in 2011 and available in English (4), focuses on a group of misfits who, in Shanghai in the 1980s, were fighting over a check for a million dollars. He also published in 2013, “Xu Xianghi, secret agent”. 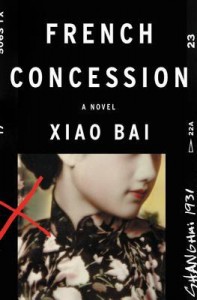 The year 1931 and the French Concession are the heroes of the novel. Historical analysis is impressive in its desire to focus on the significant details that can best recreate the atmosphere of the time. Many secondary characters really existed and played an important role, for example in the police, captain Sarly or inspector Maron.

It can be considered a thriller; well written and translated by Emmanuelle Pechenart (as comfortable as with the novels by Eileen Chang) which is read with great pleasure. The tone of the author is very neutral, it is not organized as a page turner and we can put down the book before the end …

Aboard a ship docking in Shanghai, an important political figure and his wife Leng. Xue, a Franco-Chinese photographer, is charmed by this woman whom he meets after the murder of her husband by a communist group. Arrested by the police of the Concession, Xue is forced to cooperate and he discovers that his Russian mistress, Theresa, is actually a weapons trafficker who plans to provide new weapons to communist gangs …of which Leng is a member.

The main characters have not much personality: Theresa, who stands out especially for her talents in bed and Leng, a Chinese widow, communist, sad and helpless. ..

In between, Xue who “was not the one to question many of his actions, their justifications or their consequences … He is only concerned with what he has under his nose; the future for his eyes is limited to the following day or in the best case the week after … More complicated proved to be the situation, more he only trusted fate. “.

The recalling of of this period by an accumulation of details, is not enough to explain such differences between the French Concession and the International Settlement: “in the Concession, we never understood this need that had the English to curb the extension of the power of secret societies and eliminate the gambling halls and brothels that the French welcomed with open arms. While in the Settlement, collaboration was going on with the Nationalists to stop the Communists, among the French one eye was closed and the other opened … As long as they did not cause too much disturbance, the police of the Concession left them alone “. 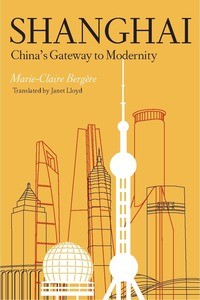 “ Shanghai: China’s gateway to modernity” by Marie Claire Bergère, is a remarkable book on the history of the city (published originally in French, then translated into English (3) and Chinese) which is read easily and with pleasure and allows us to understand the different developments of the two concessions.

The French Concession, related to the Consul and the Ministry of Foreign Affairs, gathers few French companies and is concerned with the presence of soldiers and missionaries. The international Concession, the leaders of which are elected, is concerned mainly with the economic success of its members, their business and land speculation.

The Green Gang and his boss Du Yuesheng, played an essential role in the French Concession and in Shanghai (including in the crushing of the communist uprising during spring 1927). “Master of the opium trade, controlling the police and the underground, able to unleash or to calm the revolt of workers, a leader of personalities and well considered by the Kuomintang, Du Yuesheng appears as the real power in the French Concession “.

In 1932, improvement is organized; new honest and experienced officials are appointed and Du Yuesheng is forced to transfer his companies and stocks of opium out of the French Concession to the Chinese city. Du and the Kuomintang share the revenue from opium (130 000 pounds imported every month) which allows Chiang Kai-shek to finance the fight against the Communists. 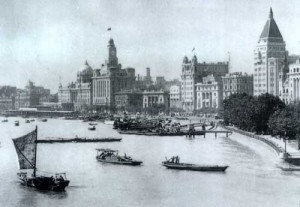 A quick search is rather disappointing and provides access only to limited interesting historical documents while the French Concession, today, becomes the “trendy” area of ​​Shanghai and is the subject of countless internet sites.

But internet reports some items that we had missed, “The Lyon Society of Police History” describes the corruption of the police at that time and improvement efforts in 1932. It also emphasizes that for France the main issue was Indochina, which determined its policy vis-à-vis the Concession.

Xiao Bai’s book does not mention what happens after 1931 to some characters in the novel as captain Sarly and inspector Maron. An article by M.C. Bergere “The Purge in Shanghai (1945-1946), the Sarly case and the end of the French Concession” describes this historical episode worthy of an adventure novel!

A good historical / thriller, excellent historical study, what should we prefer? To complete, one can read a classic novel with characters that we will not forget in the Shanghai of 1927, “Man’s Fate” by André Malraux (published in 1933), an often unpleasant character, but a great novelist .