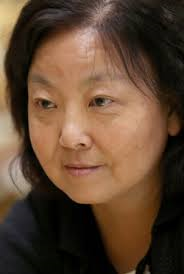 A good novel has just been published, translated with talent by Brigitte Duzan, assisted by Zhang Xiaoqiu, “Funérailles Molles” (1), immerses us in China’s land reform.

Fang Fang is a Chinese novelist known for her neo-realistic novels and her love for the city of Wuhan. Born in 1955, she grew up in Wuhan, finished high school in 1974 and then had to work for four years in a factory. At the end of the Cultural Revolution, she was admitted to university and after graduating in Chinese literature in 1982, she joined Hubei Television as an editor where she worked until 1989.

It is in 1987 that ” Landscape ” (2) was published, the life of a working-class family of eleven members living in a cabin shaken every seven minutes by the train; the narrator is the last son, buried nearby and died fifteen days old.

“Début Fatal” (3) didn’t interest me either. Written in 1998, we are told about the life of Huang Suzi. She suffers from her father’s authoritarian behaviour. She is an icy beauty not very popular with boys. She has achieved remarkable success in her professional life. Her first love experience was a disaster and led her to a humiliating professional return. In the evening, she turns into Yuxi, a part time prostitute; a very sad end!

“Soleil du Crépuscule” (1991) is just as gloomy but is saved by a lighter style and a lot of humour, black humour of course. A very small apartment, seven people, the grandmother, who had long provided for the family, committed suicide after a violent argument. This helps Ruhu, her eldest son, whom she prevented from remarrying; her younger brother, fears having to pay hospital bills and demands that medical treatment be stopped. They prepare the funeral but the grandmother wakes up at the crematorium….

Fang Fang, in 1989, became a professional writer and has been President of the Hubei Writers’ Association since 2007. She is an important figure in official Chinese literary life and was awarded the Lu Xun Prize in 2010.

The opinion that one could have of Fang Fang’s work should be reconsidered with “Soft Burial”. It is a beautiful novel that won the Luyuo Prize in 2016 and whose main framework is a rarely addressed and highly sensitive subject, agrarian reform in the 1950s, in the West Hubei region, on the border with Sichuan. 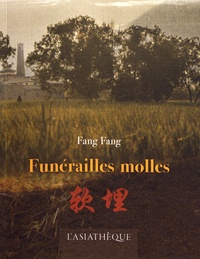 It was the story of the mother of one of her friends that inspired Fang Fang; she feared being buried directly in the ground, a “soft burial” because the body is flexible without the protection of a coffin. In the region, it was believed that the dead buried in this way, and there were many of them, could not be reincarnated.

It is not a historical novel, the structure of the book is very complex with frequent transitions between past and present as well as between the two lives of the heroine, Hu Daiyun, who lost her memory in 1952, after her child’s death and her nearly drowning in the Yongpu River. Ding Zitao’s name will be given to her for her new life by Wu, the doctor who saved her and who after a few years will marry her.

Similarly, much later, in 2003, after a major shock, Ding Zitao became totally insensitive to those around her, “she observed the eighteen steps staircase again and suddenly had a sudden intuition, as if she was in Hell” (p.103). The ascent of the steps will allow the novelist to tell us about the life of Hu Daiyun, daughter of the Hu family, married to the son of the Lu family in the Sanzhitang estate.

His mother’s condition will push his son Qinglin to read his father’s notebooks that he found in an old suitcase. He will learn that his father’s name was Dong and not Wu and that his entire family of landowners was murdered.

The novelist gives us clues but gives us few answers; the progression of the novel sustains our interest; sometimes we feel like we are in a detective novel. The characters sometimes discover common stories: the father of Qinglin’s boss worked with Doctor Wu who saved his wife… This is far from a traditional historical novel.

The tone of the narrative is calm, very calm, while sometimes the elements reported are horrifying. No sensational comments and sometimes superb descriptions specially of these large properties (p. 384). 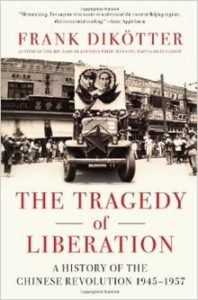 The reliability of the historical elements of the novel is remarkable. The book (5) by Frank Dikötter, professor at the University of Hong Kong, confirms this and gives us a synthesis of this period.

It is clear that the war against the Japanese and the civil war have greatly aggravated the violence in the countryside. But land reform was not a simple land redistribution operation, it was a disruption of the structure of society because Mao wanted to eliminate landowners and village chiefs so that the Party could have control over the peasants. In Taiwan, the objectives were different and land reform took place without victims.

The novels by Zhou Libo “The Hurricane” (6) and Ding Ling “The Sun Shines over the Songgan River” (7) are the two “classics” on land reform, written by novelists who were actors in these operations.

Zhou Libo participated in agrarian reform in north eastern China, which had been under Japanese rule since 1946, and his novel, inspired by many real episodes, describes the Party’s strategy: dividing villagers into five classes, mobilizing poor peasants against the rich in accusation meetings, having crowds denounce class enemies. They are beaten, humiliated and sometimes killed. Torture must make them confess where they hide their wealth.

In other regions during the civil war, action was initially limited to reducing rents and exorbitant interest rates on peasant debts, but from 1946 onwards, the Party’s policy was to confiscate land. 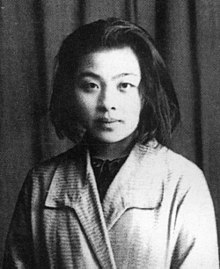 Mao Zedong (8) warns: “Party cadres must be sufficiently numerous and qualified to take charge of the work of agrarian reform and must not abandon it to the spontaneous action of the masses” (p. 267). He was led to specify: “Reactionaries must be repressed, but it is strictly forbidden to kill without discrimination; the less we kill, the better. Death sentences must be verified and approved by a district committee” (p. 208).

The guidelines were not adhered to and the novel shows us that families of landowners, supported by villages, were nevertheless eliminated when personal disputes or the desire to recover wealth or young servants were at stake. The authorities were powerless to control these abuses and it was the reminder of this historical fact that angered the critics of Fang Fang.

As the novel says, “forgetting is not necessarily a betrayal, it is often what makes it possible to live” (p. 12). Ding Zitao couldn’t remember anything, it may have allowed her to survive but sometimes memories of her life in the Lu family came back to her, she recognized poems, drawings…

Her husband, Doctor Wu, was a military man and was a subordinate of Liu Jinyan who worked hard to eliminate bandits in the area. Bandits, a traditional activity in this province but which had developed a lot with former Kuomintang soldiers who had not left for Taiwan; a forgotten episode.

Qinglin will find the estate of the Lu family, but he does not dare to face reality; he is “even less the type to take on the weight of history”, “I am an ordinary character who does not like confrontation” (p.424). Living in peace for Qinglin, “it meant not seeking to know what he didn’t know. His friend, the architect, will have a different approach and will continue the research, “history needs us to make the whole truth”.

“Soft Funeral” is also a metaphor for dealing with the past, burying it consciously or not, and shows us the different attitudes towards history on the part of different groups and generations.

Maoist groups and websites on the Internet violently attacked the novelist for alleged sympathy towards landowners and a desire to discredit land reform and thus the legitimacy of the CCP. The book should never have been published. It is a “historical nihilism”, a distortion of history.

Other authors are criticized even if they have been celebrated, Mo Yan for “ Life and Death are Wearing me out”, (a great novel where the only positive character is a murdered landowner), Yu Hua for “Living”… For their detractors, these writers should have been punished.

The article in the Global Times of 22/3/2017, is neutral and concludes “the authorities didn’t get involved in the controversy”. But two months later, the novel is banned! Land reform is becoming one of the many issues where you should not cross the yellow line! Fang Fang brings these criticisms closer to those of the Cultural Revolution but concludes “no matter what, I believe the Cultural Revolution won’t come again…” Let’s hope with her!