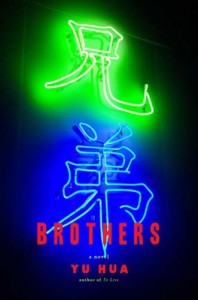 The value of this production is lower than it is in the U.S., but nearly three times the corresponding figures for France. Indeed, differences in living standards are significant. The average price of a book in China is about 3 €, but increases yearly with 20% ! An example: the novel “Brothers”, the success by Yu Hua with runs in China up to one million copies, is sold the equivalent of 4.1 € for two volumes (seven times less that in France for a single book of 700 pages).

What strikes you when you enter a bookstore in China, regardless of the number of young readers, is the volume of professional titles (economics, computer science, management …). This sector, with school books, represent 70% of the market and is more than double what it represents in France. The will for education, career development, personal development is spectacular.

Literature represents 6% of the titles published, it is a small market compared to   education, only five times the corresponding market in France and the average circulation is only 10,000 copies.

The position of writers has changed:
Without going back to the “Yan’an Talks” by Mao Zedong in May 1942, it is clear that literature in China is seen by the authorities as an important policy tool. This has a number of consequences in terms of control and censorship. Liberalization has been very progressive in conjunction with the agreements signed when China joined the World Trade Organization (WTO).

The writer was a “cultural worker” employed by the government through the Chinese Writers Association (2500 members in 1985), which provided priviledged living conditions after the disastrous period of the Cultural Revolution (1966-1976). Publishing and distribution of books being two totally separate activities, controlled by the state, public preferences and the market were not taken into account.

The economic opening of the country leads to the necessity for publishers to manage without subsidies and resist competition from a private sector more or less independent. The writers are no longer employed by the Writers Union, they must live from their pens and pay attention to the runs of their books. The same goes for literary magazines which have to adjust. Quite a number of them in China and they play a significant role in the income of the writers.

Some writers meet for the first time difficulties in getting published, others refuse any change and will not become “literary prostitutes”. A group of writers is even writing  “commercial” literature under a collective pseudonym! Others, like Wang Shuo, question the reading preferences and the development of their profession. These writers are fighting for contracts with royalties and refuse  the fixed contracts (few yuan per thousand characters), they also write for television and meaningful rights are now sold for filmmaking. The financial situation is changing very rapidly. Star writers, like Han Han or Su Tong  can earn up to € 900,000 in a few years, three times more than writers well known in France as Mo Yan or Yu Hua, on basis of their royalties of approximately 10%.

The publishing business has changed:
The state maintains strict control on the industry through the General Administration of Press and Publications (GAAP), which works closely with the Department of “Advertisement” of the Communist Party Central Committee.

There are about 600 public publishing groups, too many, too bureaucratic. The GAAP tries to regroup them and create businesses that can resist foreign investment in China but also have an international influence. The sector remains highly fragmented, only thirty groups have annual revenues exceeding 30 million euros.

The competition remains fairly low. Creating a publishing house must be approved by the government which is also very slow to allow the investment of foreign companies (in distribution). In addition the public sector benefits from the enormous educational market with prices which remain controlled. Finally, publishers have the right to sell ISBN numbers (without which a book can not be published in China) to private publishers.

Nevertheless, the sector had to adapt. The editors are companies which pay employees who are not any more civil servants and who get a share of the results. Readers should be happy with bestsellers; also, the quality, very poor, of paper and books has to improve. Marketing and promotion are a must. 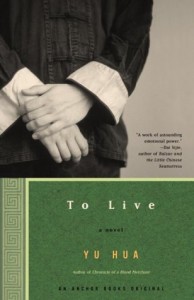 ISBN number. The legal status of private publishers of this “second sector” is not always clear but they managed to change the profession. For example, the novel “To Live” by Yu Hua had only sold 10,000 copies in five years; transfered to a private sector publisher who changed the cover and developed a promotion campaign, the book in one year sold over 100 000 copies.

We will not speak of distribution except to mention that foreign companies are permitted after approval and a minimum capital investment. Bertelsmann has a strong presence for over ten years with a book club of two million members, two joint ventures for distribution and an online bookstore. Other large companies like Reed Elsevier are present. But the sector remains sensitive; the approval procedures are lengthy and complex and unexpected change in policy are not uncommon from the authorities.

Piracy and gray market:
It is an essential part; official market / pirate market ratio is 40/60 and sometimes more for the best-selling books. Further more, success leads to plagiarism officially published or pirated! There are in all cities illegal networks that sell books banned by censorship, pirated editions and pornographic publications; practically everything is available, the quality is rather bad but the prices are very low.

The editors of the parallel market are linked to small print shops more or less underground and located in poor rural areas, a book is printed by several workshops and each of them prints only a few pages; layout and binding are performed in other “factories”.

Overall, the book industry in China is a paradox: a huge market growing rapidly, still old fashioned and bureaucratic for publishing, occasionally disrupted by piracy, but at the same time surprisingly modern because of the influence of Internet on the behavior of readers,on literature and the book industry; we will come back to this later on.

(1) The data (not always comparable) come for France from the National Book Centre, for China from GAAP. Other elements are sourced from a high quality report released by the British Arts Council (August 2007). The information on piracy from the site Danwei.org.