Love and ambiguity in London for the novelist Lee Kok Liang. 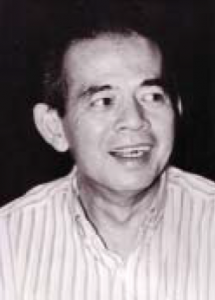 Lee Kok Liang is, with Llyod Fernando and KS Maniam, one of the most important writers of Malaysian literature in English. Barrister, politician, author of two novels and two collections of short stories, he wins us over with his style, his qualities of observation and a detached and rather sad look at London, Paris and Malaysia in the 1960s.

Author of two collections of short stories and a novel “Flowers in the Sky” (1981) (2), Lee Kok Liang is best known for a book published in 2003, more than ten years after his death which tells us of his two years in London (1952-1954), his love life and that of a group of expatriates at the beginnings of the Commonwealth.

The author was born in northern Malaysia in Alor Star, in 1927, into a Straits Chinese family of the fourth generation; his mother was a mixture of Malay, Chinese and Thai cultures. This cultural openness is reinforced by an education in the Chinese, Malay and English systems. He went to the Melbourne University and began writing short stories. In 1952, he studied law at Lincoln’s Inn in London and returned in 1954 to Malaysia where he settled.

A few years later, he published a collection of short stories “The Mutes in the Sun” (1963) (3) and, as a lawyer in Penang, was elected a member of the Penang State Assembly. A second collection “Death is a ceremony” (4) is published just before his death (1992).

– Love in London, Cordelia and Beatrice:

Relations with Cordelia and efforts to find her after her departure are the link that gives unity to the novel but also a rather pessimistic tone. He meets Cordelia at Beatrice’s; Delia is pretty, alive, still under the blow of the death of her brother in a plane crash.

The narrator is in love with her but she wants to direct this relationship; a beautiful scene where she asks him to brush her hair. But he wonders: “there was in me a fear, a secret doubt that 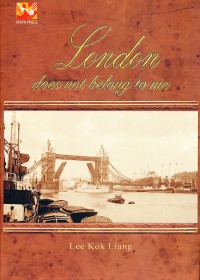 she in her loneliness has used me as perhaps I might have been using her” (p.50).

One day without explanation, Delia disappears and no one knows where she is. The narrator gets closer to Beatrice, an Australian who is very much in love. They become lovers, but she often feels as if he is trying to get information on Delia; “I needed Beatrice as a stimulus to keep my love fresh” (p.51). In the novel, love relationships are not very fulfilling, they are described as destructive and negative.

As an Asian, he is rather well accepted in this environment of young people coming from all over the Commonwealth, but London remains impenetrable. This group of young expatriates is quite isolated and marginalized. As the narrator says at the beginning of the book: “London was full of rooms, I went from one to the other. Slowly, I adjusted myself and lived the life of a troglodyte learning tribal customs of feints and apologies “.

He is a narrator, a detached observer whose name is unknown. The main thing for him is the search for his identity and the fact that “London does not belong” to him, forces him to look for it. The approach is never directly political. Little is said on London and the problems of a large city. Malaysia is either presented idyllically or criticized severely.

Language is experienced as an essential socio-cultural tool. Like KS Maniam, he stresses that it is the most powerful instrument of colonization. Anyhow, the different characters are very attached to their freedom of speech, “they want the freedom to feel and say”.

Many characters in the novel are gay or bi sexual, which is surprising for a Malaysian novel of this period, although this text was not published until after the author’s death.

Two important characters, Tristam and Steve are gay but with a lot of detachment: “the terrible thing is that people can never accept that we still can be fond of people who are not one of us ” (p.77).

Some of them are “colonial” predators. Gopal, an Indian from Kenya, a friend of Tristam, finally becomes mad and is confined in the asylum of Dartford. Steve, whom the narrator meets in Paris with a boy, makes advances to him, as does Tristam, who is very attracted to him. “Do not worry, we all love you, Ken, Beatrice, Cordelia and I, each in our own way” (p.282). The narrator is disturbed, turns away these advances, but is rather pleased to arouse so much interest.

When he left the UK, Tristam offered him a novel “London belongs to me” by Norman Collins, a saga, a popular novel of 1945, which was a great success, who tells about the inhabitants of a very precise area of London during the war!

Seven of his best-known short stories are included in “TwentyTwo Malaysian short stories” edited by Lloyd Fernando (5); four were published before the first collection of 1963, two in 1964 and the most successful, “Ibrahim something” in 1966.

A famous text “Return to Malaysia” is rather an essay: what is it that strikes when one returns to the native land after several years, colors, smells, arguments between children, poverty, anti-communist guerilla, friends …?

Other short stories are village scenes where memories play an important role. Sometimes politics and police repression are discussed (“It’s all in a dream”). These are more like small scenes, there is not really the effort to build a story, captivate the reader, to baffle him by an unexpected fall.

But much appreciated is “Ibrahim Something”: the narrator is in a common hospital room during the Japanese occupation. His neighbor Ibrahim speaks Malay but also Chinese (hokkien). A new patient arrives who cannot be saved, and who is part of the story of Ibrahim who will soon join with his wife the guerilla in the jungle.

(4) Lee Kok Liang, “Death is a ceremony and other stories”, Federal Publications, Singapore, 1992.