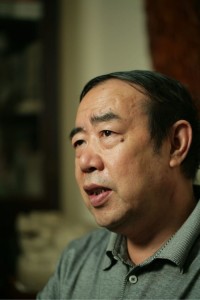 He is one of the most celebrated writers in China, although he is less read by the younger generation. Abroad, very few translations; two books in English by Howard Goldblatt (6-7), in France, two novels translated by Geneviève Imbot-Bichet as well as some short stories. Publishers hesitate: usually more than 500 pages for novels with often a generous use of the Shaanxi dialect, his home province.

The author’s success comes in part from the ban for pornography in 1993 and for sixteen years of one of his books, “La Capitale Déchue” (1), which won in France the Prix Femina Etranger. He continues to write and publishes in 1996, a short novel, “Le Village Englouti” (2), translated into French and within the coming two months into English.

After three novels that had little success, he won the 2008 Mao Dun award for “Qinqiang” (Shaanxi Opera) which allowed to publish again “La Capitale Déchue”. Five novels followed, two of which were recently translated into English: “Gaoxing”, “Happy Dreams” (3) by Nicky Harman and “The Lantern Bearer” (4) by Carlos Rojas.

In two years, four new translations published and a Jia Pingwa lobby, “Ugly Stone” named after one of his famous short stories. This group of well-known translators, coordinated by Nick Stember and funded by the Jia Pingwa Institute in Xian, prepared for publishers sample  translations and reading notes of four recent novels. 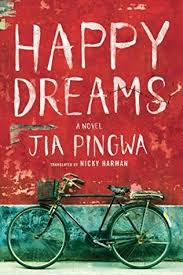 One can imagine that publishers want to avoid repeating the somewhat ridiculous situation of the Mo Yan Nobel Prize with a single translator, Howard Goldblatt, and few novels in English while most of his great novels were translated and published in France. It is true that Jia Pingwa, President of the Shaanxi Writers’ Union, would make a very presentable Nobel Prize. The books of Yan Lianke, by cons and for the most part, are banned in China.

In France, Gallimard has just published “ The Lost Art of Old Ovens ” (5), a 1150-page novel about a village in the mountains of Shaanxi, turned upside down by the Cultural Revolution. A book that Nicky Harman says she is ready to translate into English!

In the postface of “Happy Dreams”, the author explains the genesis of his novel. A school friend Liu Shuzen, who later changed his name to Liu Gaoxing, Happy Liu, is at the origin of this book. He tells us about their common childhood, the army for Liu, the university for Jia and friendly relations that never stopped.

Scavenger is a job that many peasants from Shangzhou District, Jia’s region of origin, handle in the big city of Xian. Jia was not really interested, but Liu Shuzen spent a few years in this trade before switching to delivering coal briquettes.

Jia then meets other scavengers and inquires into their living conditions. When the novel is published in 2007, Liu Shuzen becomes the most famous garbage collector in Xi’an City, interviewed by the press and telling about their childhood together. He is truly the model of Happy Liu because the harder the life, the more determined he is to enjoy it. 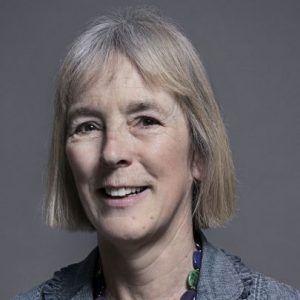 The book is released in 2007 and is quickly a success, a film is shot the following year. It’s a novel that reads easily and with pleasure. A book translated by Nicky Harman for Amazon Crossing, the publishing branch of Amazon, the leading publisher of Chinese literature in the world, snubbed by the Association of French Translators.

The Ebook novel is available in 183 countries as well as a paper version. A successful launch with a good promotion job by Nicky Harman who also explains in an interview the difficulties of this translation. She had already translated a short story by Jia Pingwa “Backflow River” which won the first prize of the China International Translation Contest in 2013.

Happy Liu is the hero of the novel, he fled the poverty of his village with his friend Wufu to seek fortune in Xi’an at the beginning of the year 2000. No real intrigue, it is about episodes of the daily life of these two peasants becoming scavengers and the novel begins and ends with the death of Wufu. It takes a lot of talent to sustain the interest in a novel without any real dramatization.

Little violence, nothing sordid and no misery, even if our heroes live in poverty because they know that they earn much more money than in their village, on top, “window shopping” is free. Happy Liu wins us over, he is a complex character, resolutely optimistic. “I made Happy Liu the subject of my novel. He was after all unique. Yet he was also typical. He had turned into the man that he was now because the more life weighted on him, the more he knew how to bear difficulties lightly “(p.478).

His inner monologue, his dialogues with Wufu, occupy an important place. He has a lot of respect for himself; he is recognized for his real presence, he is well cared for, elegantly dressed in recovery clothes, polishing his shoes every night …

He thinks he has become a man of Xi’an and has freed himself from his peasant’s condition; he has indeed sold one of his kidneys to a rich man of the city he would like to meet, it’s almost an obsession!

He has great moral qualities and tries to prevent Wufu from engaging in dubious schemes. Its qualities are so obvious that one wonders: how come he does not evolve socially? Of course Wufu is a dead weight that he swore never to give up …

His relationships with women are certainly a delicate point. He is alone, unlike Wufu, whose wife stayed in the village with their three children. “I am an object of pity, even to Wufu … I was useless with women. I found one in Freshwind (his village) but she would not have me. I looked for one in town and all I could find was a hooker “(p.206). He meets Meng, a prostitute, in a massage parlor. She needs to quickly earn a lot of money to pay for the police she is pushing to search, out of the province, for her brother’s murderer.

He is in love with her and their relationships remains platonic for a long time, “when she came with me, she did not come as a hooker and I certainly wasn’t her john” (p.276). He gives her money with nothing in exchange, “why do you give her money? Why does that fill you with pride every time? It is just because she’s in trouble and that makes you feel you’re a hero instead of a trash picker “(p.346). 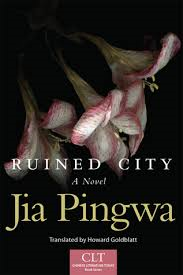 Wufu is a very different character, ugly, dirty, rude … He is in town to feed his family to which he is very attached. He is not a stooge. While his abilities and intelligence are limited, he lives from day to day and is easily taken for a ride. He is very devoted to Happy whom he admires because he knows he will not let him down. Unfortunately, Happy, after his death, will not be able to keep his promise to bring him back to the village.

– Trash collectors and life in Xi’an:

Jia Pingwa spent much of his life in Xi’an. This city of eight million inhabitants, which was for a long period capital of China, is for the author an important character that our scavengers travel up and down in all weathers, but the period is too short to stand back and to see how this city develops.

The book is full of details about the living conditions of the trash collectors, their housing, their food and their work. This profession is controlled by a multilevel mafia that allocates areas to garbage collectors who have been accepted. You have to buy waste, old paper, bottles; you have to pay the caretakers to get what can be sold

. The inhabitants of Xi’an ignore them, despise them, even though Happy is known and generally appreciated, he knows how to help others and he is an excellent flute player. Wufu does not have these qualities but can be useful when a fight is inevitable.

The police obviously do not enjoy the general esteem; it is moderately corrupt but hinders the work of garbage collectors. With Meng and the police of her village that she pays, the situation is more serious but in Xi’an the police do not play the role of a pimp even if it protects the massage parlors! 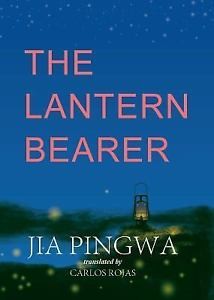 Jia Pingwa is very cautious about anything that might sound like political criticism; the municipal authorities are hardly mentioned nor the Communist Party. On the other hand, he does not hesitate to show the impressive differences of wealth, the cynicism of the richest and the lack of protection of the majority. A deposit to be admitted to the hospital can represent almost a year of salary!

We always stay in the anecdote, in the events; the theme of the book is not really related to what China is in the year 2000 and the novel lacks dramatic tension. The love story with Meng revives the book but is not enough. The theme of the two garbage collectors in the city is very rich and one can dream of what writers like Mo Yan or Yan Lianke would have done of it.

Jia Pingwa may not be ambitious enough, but he explains and writes in a text recently read at the Congress of the Modern Language Association in New York where, for lack of a visa, he could not attend: “showing the truth about the basic situation of the Chinese people today…these should be the things that drive us to write “but” a man who’s worn shackles will hear the click of his chains for the rest of his life. This is what the current generation of writers looks like …This kind of reality creates the type of writers we are…”