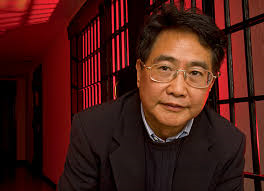 Qiu Xiaolong is a writer who has always made sure to renew himself. Although he is famous for Inspector Chen Cao’s police investigations, translated into some 20 languages and sold two million copies, poetry is an essential part of his work.

Inspector Chen’s poems slipped into his novels, translations of classical Chinese poems, publication of his collections of poems in the prestigious China Literature Today magazine or, two years ago, in an excellent collection published by Liana Levi, his publisher in France, offered to the readers of “Il était une fois l’inspecteur Chen”, a hybrid book on Chen’s youth, a police investigation and short stories that remind us of the wonderful series in the “Years of Red Dust “.

Qiu Xiaolong will be in Paris at the beginning of November to present his latest book, “Hold your breath China” (1) Then in Mons, Belgium, where he will meet He Jiahong, a brilliant law professor in Beijing, also an author of crime novels.

– How to draw in your readers with a difficult subject, pollution:

For Qiu Xiaolong, it is with political control, one of his major themes. In 2009, he wrote “Don’t cry Tai Lake” on water pollution, a book that is linked to his new investigation into the deadly air in China. 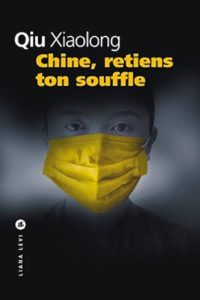 We find Shanshan, Chen Cao’s love around Lake Tai, who, married to an industrialist, has become a popular activist on the Internet. Comrade Zhao, a senior Party official, asked Chen to find out more about this young woman. This mission takes Chen away from his deputy Yu and an investigation into a series of murders in Shanghai.

The book will lead us from one investigation to another in a very skilful way and will remind us through many flashbacks of the love affair and poems that Chen dedicated to Tai Lake.

We find some characters from previous books and especially those that Chen helped and who will save him this time (the computer scientist Menlong or Qiang from La Revue Littéraire de Shanghai). Chen’s investigations will lead him to discover a documentary film on air pollution made by Shanshan and financed by industrialists.

As for the crimes of Shanghai, Chen will help Yu in a decisive way: we must look for common elements around what can be serial crimes, he remembers the murderer and the red dresses (qipao) in “Red Mandarin Dress”.

The long poem “Ne pleure pas lac Tai”, translated into French with great talent by Adelaide Pralon, plays a role in the plot. It can be found in its entirety in the small collection published in 2016 (2).

The author rarely quotes modern poets; here in Shanshan’s last letter, a short poem by Xu Zhimo (1897-1931), a poet famous for his romantic works and adventures:

Chen is a gourmet, his investigations are spiced with evocations of meals and surprising dishes, a reading that makes you hungry! Peiqin, Yu’s wife, prepares dishes for a restaurant but especially for her husband and sometimes for Chen, whom she often helps. The evocation by email of cooking recipes can be a way to communicate discreetly….

Literature is often at the service of gastronomy and Peiqin found her husband’s favourite recipe “in a short story by Wang Zengqi (1920-1997), a recently rediscovered writer” (3). Gastronomy can even be the unique subject of a novel, such as the excellent ” The Gourmet and other stories” (4) by the great writer Lu Wenfu.

Traditions and the homage paid to the deceased play an important role in this novel. In the Buddhist tradition, 7-day cycles are essential until rebirth after 49 days; at each 7-day stage, offerings and prayers should be made.

The Communist Party is also part of the traditions, its role is directly mentioned. The Party’s position is untenable: a radical anti-pollution campaign is demanded by the people but this would slow down the growth that legitimizes the Party’s position. Moreover, “the Party has professed for years that the right of peoples to live is more important than the human rights promoted by Western societies. But what about the right to clean air, clean water, healthy food? “» (p.167). 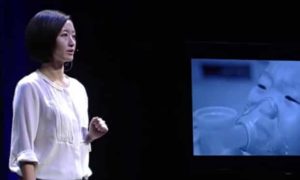 Pollution control has been a central policy objective for the past five years. As Premier Li Keqiang says, this is one of the three battles of 2018: pollution, poverty, debt relief. The time when the government denied the figures of the United States Embassy in Beijing on fine particles (2.5 microns) seems far away, however, the episode of the film “Under the Dome”, which was a source of the novel, dates from February 2015.

This documentary was self-financed by a Chinese television star Chai Jing; the film was seen 300 million times on the Internet before being withdrawn seven days after its launch. The film strongly criticizes state companies in the field of energy, steel and the inability of the Ministry of Environmental Protection to fight against large polluters.

In addition, Chai Jing moved the audience: a tumour caused by pollution in her daughter during her pregnancy that had to be operated on immediately after birth.

At first, many officials supported the documentary; the ban came from the Party, which feared, given the success of the film, collective reactions calling for legislative changes. 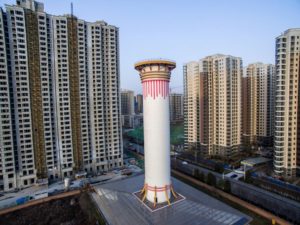 The current impact of air pollution is alarming: 730000 new cases of lung cancer every year; types of cancer that now affect mostly women and non-smokers. The impact of fine particles seems to be proven. There is less emphasis on ozone pollution, which nevertheless has a considerable impact on agricultural yields by reducing photosynthesis and thus plant growth.

The advantage of a dictatorship is that it can act quickly by closing factories near major cities and banning coal heating. The forced conversion to gas heating has been carried out urgently for millions of households resulting in heating shortages and social crises.

Air purifiers are multiplying and are being purchased by those who can invest. It is now a common device in Beijing and major cities. More spectacular is the giant purifier in the city of Xian: a 100-metre high tower that filters particles and improves air quality in a 10 km2 area.

The government’s policy has achieved results, which are certainly not enough, but are they sustainable given the risks of the Chinese economy slowing down as a result of the trade dispute with the United States?

(2) “Once upon a time Qiu Xiaolong”, portrait of the author and 28 poems by Inspector Chen. Liana Levi 2016, 90 pages. The original English poem can be found in Chinese Literature Today 2013.

(4) Lu Wenfu, “Life and Passion of a Chinese Gastronome”, translated into French by Annie Curien and Feng Chen, P. Picquier1988. In English,“The Gourmet and other stories”, Readers International, 1987.