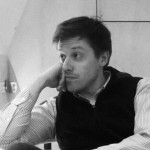 “Paper Republic” as from 2007, is a forum of English translators living in China, Britain and the United States, to exchange news, opinions on Chinese literature and its authors as well as facilitating the contacts and publications between China and the rest of the world.

This is to promote Chinese literature abroad by organizing literary events, by publishing information, reviews and translations to publishers. Databases of “Paper Republic” about writers, translators and translations is quite considerable and the site publishes daily several articles and links. “Paper Republic” edits also the literary journal “Pathlight” in partnership with the “People’s Literature Magazine”.

The “Read Paper Republic” project is unique; every Thursday, during a year, the site publishes free translations of a short story (or essay) by a contemporary Chinese writer. Writers who are sometimes little known and little translated, often having published only some short stories; it can give ideas to publishers outside China but it also creates a buzz on social networks around Chinese literature. This project is led by Dave Haysom and Eric Abrahamsen in Beijing and in Britain Nicky Harman and Helen Wang.

Two lovers, he is very much in love, he calls her, she’s nervous and not alone …

A Yi, a former policeman, is 40 years old. His novel, which we have already reviewed, “A perfect crime”, is translated into English and will be into French with the Editions Stock within a year.

· Li Juan – “The road to the weeping spring”, translated by Lucy Johnston.

A spring in the desert near a road; a couple starts a restaurant and a hotel; truck traffic increases but soon a new road is opened …

Li Jua, 36, lives in the Altai Xinjiang and tries as a Han Chinese to understand the traditions of the Kazakh. She lives on the margins of the Chinese literary system. One wonders whether the support for her is not politically motivated in order to prove that there can be “harmonious” relations in Xinjiang. It’s a bit the same feeling we have when we read “English” by Wang Gang “(Penguin- 2009). 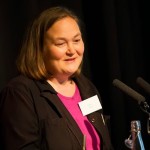 A writer of Kazakh ethnic group, born in Xinjiang in 1961.

Interesting short story; a little girl of three years old is loved and well treated by her parents. She grabs a knife and injures her hand without crying; she does not feel pain. She sucks her fingers when she’s hungry but she will eat one of them! Doctors are powerless. Her mother blames her sins including a brief affair with a married man …

Dorothy lives in Hong Kong, she was one of two writers invited to the Leeds Symposium on Chinese literature. She is a professor in the Chinese language and literature department at the Chinese University of Hong Kong.

A collection of 13 short stories “Snow and Shadow” was translated by Nicky Harman and published in May 2014.

Born in 1977 in Beijing, lawyer after university, then editor, Zhu Yue began writing in 2004, short stories and philosophical texts.

Dave Haysom lives in Beijing after graduating from Leeds University in 2007. He is now editor of “Pathlight”, a quarterly literary journal of Chinese literature translations and essays. He is responsible for the “Read Paper Republic” project and is also an English teacher.

Zernik is witness to a murder, he knows the victim and the murderer. His testimony is disputed by another witness who challenges him to a duel. His opponent is a gun specialist. A fortune teller predicts his death …

Dave Haysom translated another short story by Zhu Yue “Nivellan’s gift” (on his blog www.spittingdog.net ). A philosophical story: a king in order to choose a successor among his three sons gives them a year to bring him a gift: the first finds an extraordinary crystal, the second a beautiful young woman with magical powers; as for the third …

This variety of writers and texts is very stimulating. We will go on with better known authors such as Yan Ge and Zhang Yueran among others.