The “Straits Chinese” are born in Malaysia and Singapore with families who have migrated in successive moves since the 15th century from the southern provinces of China, mainly from Fujian. The families of our two authors are more recent immigrants who have not benefited from the Malay cultural mix.

Kuala Lumpur, the capital, does not show an active cultural life, especially since many Malaysian writers, mostly of Chinese origin are living abroad for economic or cultural reasonds. Censorship can be particularly heavy when intellectuals touch on Islam or “positive discrimination” in favor of citizens of Malay origin.

While the literary creation of Malaysia is little known in France, it was with great interest that we discovered two writers of Chinese origin, writing in English, Tash Aw  and Tan Twan Eng .Their first novels (one available in French, the other not) take place in the north of Peninsular Malaysia, one in Ipoh in the region of the tin mines and the other near the island of Penang.

Tan and “The Gift of Rain”: 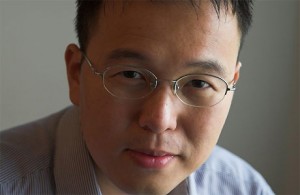 Tan who was born in Penang thirty five years ago, has lived in various locations in Malaysia where his father was a banker. After studying law at the University of London, he worked for a law firm in Kuala Lumpur and then obtained a Master of Law in South Africa. This first novel not yet translated into French, was a great success in England where he was part of the selection for the prestigious Booker’s prize.

The Penang before the war or during the japanese occupation is part of the novel. An environment mainly Chinese but where British colonization creates a clash of cultures even more significant that the hero, Philip Hutton, is a mixed Anglo-Chinese. You can now follow his steps in Penang with photos and maps of the beautiful book by Julia de Bierre (Penang, the Door to Secrets “Areca books, 2006).

Philip does not belong to any of the two worlds and meets a Japanese diplomat, Endo-san, who becomes his teacher and provides training in Aikido (The author being a first  Dan!). Martial arts will be of great importance in the training of Philip. “At high level, the Bujutsu is a battle of the mind … now you understand my insistence on the practice of meditation. Your mind will save you when your body will not be able to. “(Page 159) 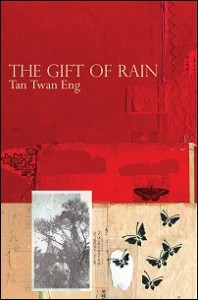 with the Japanese after the invasion of Malaysia while providing information to the Chinese underground.

This is one of the strong points of these novels by Tan and Tash Aw that  to revive the Japanese occupation and atrocities in Malaya, the Chinese resistance mobilized by the invasion of China and the Nanjing massacre and organized by the Communist Party. The Malays are not part of the story because they are mostly spectators and Penang island is of Chinese majority.

The author does not fear a few exotic paragraphs but meets successfully the challenge to provide the reader with the necessary cultural references without being too much of a burden . Sometimes he goes very far, and invents a great father, teacher, in the Forbidden City in Beijing, and an heir to the throne set up for the occasion!

Tash Aw and Tan have the evocative power of “colonial” literature of a Conrad or Somerset Maugham; but being of Chinese culture, they put this culture at the center of the novels and not as a bakdrop.

The title of this book is supposed to be the French translation for “The Harmony Silk Factory”! This book has been highly successful in English speaking countries,( the Nobel Prize Doris Lessing speaks of “a magnificent novel” ) and is now published in fifteen countries and has won the Whitbread Book Award for first novel in 2005.

Tash Aw was born in 1973 in Taiwan but spent his youth in Kuala Lumpur. He considers himself 100% Malaysian especially when he is in London where he lives after studying law at Cambridge. His international success, the extent of his royalties, have made him a celebrity in Kuala Lumpur which he visits regularly. 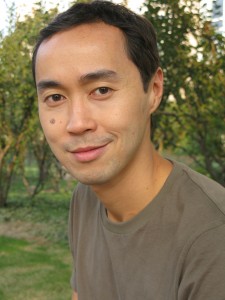 Johnny Lim, a Chinese born near Ipoh, of emigrant parents, is told to us by his son Jasper, who lists all the crimes of his father during his brilliant career development including his betrayal of the Communist militia fighting with the help of members of the British intelligence services infiltrated in the jungle against the Japanese occupation. Tash Aw  relates to the betrayal of Lai Tek, a Vietnamese, Secretary of the Malaysian Communist Party, who was a British agent prior to betray and having the leaders of his party murdered by the Japanese.

The image of Johnny is quite different with the diary of his wife Snow, daughter of one of the richest Chinese families in the region. Similarly the story of Peter Wormwood, ambiguous aesthete and friend of Johnny, gives us a picture even more complex of the character.

The novel seems exotic because it is situated in a country which is not usually a setting for a novel, but no wild imaginations, the description of the Ipoh area is very talented. Only the honeymoon in the Straits and the storm leads us to remember Conrad a little too much.

A  complex and clever construction, fascinating characters, the assets of this book are important; it also shows us that once dead, people and their stories continue to evolve: even if they have no voice of their own, they found that, talented, of Tash Aw.