A Yi writes novels about crime, no detective novels… 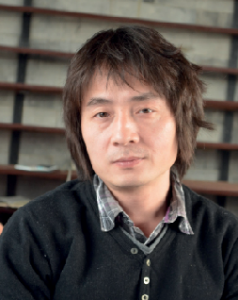 A Yi is less than forty years, he has spent eight years under the uniform of the police but now as a novelist he participates in many festivals outside China and his first novel, “A perfect crime”, translated by Anna Holmwood, has just been published. A French translation will be available in September 2016 with Editions Stock.

Born in Ruichang, a small village in Jiangxi, he could go to university, but his father, a pharmacist, preferred to have him join the Police Academy. He spent there three years and five years in office. He got bored, there is little to do even if he recognizes that crime and police, give a good understanding of human nature. He resigned in 2002 at 26 years to the despair of his parents. He worked for various magazines including Chutzpah then as editor for Xiaron Publishing Company, a private company.

His three collections of short stories were well received and were supported by Bei Dao the poet; two novels and two collections of essays were also published. These literary successes do not seem to have made him forget a long and sad love story … He is regarded as one of the twenty writers who will have an impact in the future and the most laudatory comments are piling up, in my opinion a bit too fast …

A teenager isolated, uncommunicative, lives with his aunt who constantly belittles and despises his deceased father and his mother who thinks only of making money. He is preparing a murder … out of boredom and finally decides that the victim will be the only school friend, Kong Jie, who shows him some sympathy. He kills her with 37 stab wounds and brings up her upper body in a washing machine!

He runs away by train but this is not a “road movie”; after forty rather dull pages where the only incidents that could have been a little exciting, are not developed. The text is very controlled, precise, built with concise dialogues. Little descriptions, hardly any smells or colours; the hero, the narrator who has no name, often looks to himself without much indulgence …

It is only when he is caught by the police that the book gets interesting; it now has flesh and lists the critical portraits of police, prosecutors, judges, journalists, lawyers, other prisoners … The author comes back repeatedly to his father who died of cancer and to his memories; with a living father, things might have been different. 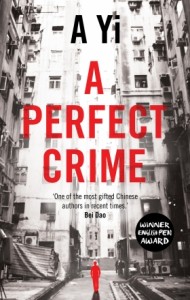 The trial caused a stir, and a question puzzles everybody: why did he kill her? He shows no remorse and only his boredom. The author in an intervieuw gives us the keys:

The tone is dark, the author says himself that he has not a happy nature. It is a gloomy portrait of contemporary China that also avoids addressing the political aspects.

That is a clear statement and he refuses to comment on this topic or on censorship. He does not believe in the responsibility of intellectuals who are easily manipulated. They must go beyond the reality and why not create worlds that do not exist.

With only one novel, it is difficult to have an opinion. The short stories translated into English by Julia Lovell, shows us that their topics are around death in “The Curse”, a curse pronounced by a woman against her neighbor, she accuses her of stealing a chicken. The murder, of which a man is wrongly accused is the theme of another short story “Common People”. The murderer killed because he needed money for the dialysis costs of his father who died on the day of his execution. Death, murder, execution, these short stories on crimes are a bit “heavy”, we could prefer a good detective novel full of twists and turns …