The younger generation of Chinese writers turn down politics. 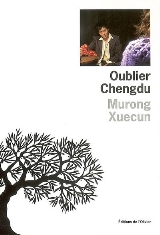 Originally published on Rue89, 13/06/2009.
Only writers older than fifty years old are translated. The younger generation is not well known in the West as the works are not available, but fortunately exceptions of good quality do exist.

A generation at odds with the previous one:
Writers born after the beginning of the Cultural Revolution and the death of Mao Zedong (1976) have a very different approach from their predecessors. The turmoils of political history, the great social movements (collectivization and peasant life, Cultural Revolution and sending youth to the countryside …), all this is ignored.

They speak of themselves, of the young people who surround them, of cities, of the middle class. It is true that these topics are not developed by the older writers although Chi Li in her novels or Yu Hua in the second part of “Brothers, write with  talent on contemporary China.

It can also be underlined that the recent historical events as the crackdown on Tiananmen Square are not the kind of romantic topics loved by the censorship!

They write a lot about the transition to adulthood, the years of high school, the lasting friendships that were started at  university, the emotions and first sexual experiences.

Sex and censorship, they… help to sell:
Sex, alcohol, drugs, were not touched in the past and we can understand that the present generation is exasperated by the official prudishness, widely relayed in  literature.

With the “Scandalous young ladies of Shanghai”, we are not in the same category even though they are interesting books. “Shanghai Baby” by Wei Hui is banned in April 2000 and 40,000 copies were burnt. Mian Mian’s novel “The Chinese Candy” (L’Olivier 2001),  is withdrawn from sale the same year. These books were presented in the West as a revival of Chinese literature threatened by censorship.

This is going a bit far, and writing about alcohol, drug abuse and many love affairs (including with foreigners!) Is a topic that also has its limits (as shown by the limited  success of the books which followed, “Marrying Buddha “for Wei Hui and” Panda Sex” for Mian Mian )

What is striking is the cynical and “macho”  approach of relationships, would the heroes be men or women. Similarly, the desire to take advantage quickly of the pleasures of life, leads to rather disillusioned attitudes. Money, get rich, are concerns of every minute as well as women and sex as we can see from books by Feng Tang and Murong Xuecun.

Les Editions de l’Olivier, the translators Claude Payen and Sylvie Gentil chose, with courage, to introduce these authors, unknown in the West.

Feng Tang, gynecologist, manager and writer …!
Born in Beijing in 1971, married, has a PhD in gynecology, holds an MBA from a U.S. university; he was a partner in Hong Kong with McKinsey, the well known  management consultant and now an executive of a major Hong Kong company .

Quite an amazing coktail especially since he states that he does not want a “literary career”. Knowing the workload in consulting firms and the size of his blog, held since 2005, one wonders when he finds time to write novels!

Les Editions de l’Olivier offered two “Qiu as Autumn” (2007) and “A girl for my 18th birthday” which was released very recently; the third title of the trilogy “Beijing, Beijing” is scheduled.

The lives of college and medical students; parties, alcohol, girls … are the main topics. Two very lively novels, a humorous tone, but sometimes rather crude; we read with pleasure a series of small scenes without much dramatic development. The hero is not interested by money or, of course, work; only one concern, Zhu Shang, a beautiful high school girl … The historic and political environment  is totally absent, but surprising are the many cultural references, sometimes too many!

Feng Tang’s blog shows a very interesting character, well known in China and Taiwan where “A girl for my 18th birthday” has met some success. He has a passion for Chinese literature but also for wuxia novels. His relationship with his mother seems important to him and he is currently writing a novel on this theme (“Hanging Willow”)

Murong Xuecun, a writer born with the Internet!
If there was no Internet, Murong Xuecun would continue to sell cars in Chengdu in Sichuan! He began writing in 2001 when he was twenty-seven and published on the internet “Forget Chengdu”,  translated by Claude Payen in 2006.

In China, the success was immediate with 150,000 contacts. He stopped with cars for the life of a writer and shares his time between Tibet and Hainan Island in the far south of China (an odd combination for someone born in Manchuria!).

The novel tells us about the friendship between the hero Zhong Chen, sales manager, and two college friends, one is an experienced  finance specialist, the other one a corrupt cop.

Our hero spends his life playing, drinking, forging fake expense vouchers while chasing all women who come nearby.

His relations with his wife, whom he says he is in love with, are complex because he tells us at the same time: “For me, love has always been a game, I do not love anyone or rather, I only love myself ”. His wife eventually will leave him and his maneuvers to try to take the job of his boss, will end dramatically.

The character’s cynicism knows no bounds: “That day I learned two things: there is no crime that money can not buy, nor honesty that cannot be  corrupted”. But it is a hopeless approach, the obsession with money and the cynicism of the social relationships lead to an approach close to suicide.

Murong Xuecun wrote two other novels which are not translated. He is considered one of the good examples of what happens to the relationships between Internet and literature.

We cannot imagine the magnitude of the impact of the Internet on literary creation and the business of book publishing. Many literary sites, millions of page viewed, thousands of writers under contract with the sites.The publishing of books becomes the simple consequence of the success of a text on the internet (70 books have been selling more than 100 000 copies).

The impact is of major importance and the boundaries between literature, video games, role-playing network, become quite blurred, as did the relationship between publishing and other media.