The letters of Xue Yiwei to Dr. Bethune, the most admired foreigner in China. 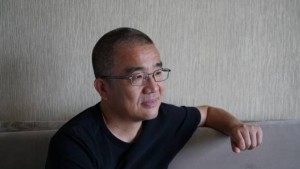 He spent his youth in Changsha in Hunan, studied at Guangzhou University and lived in Shenzhen for a long time as a teacher. This megalopolis of the Pearl River is an important step in his life but he leaves in 2002 for Montreal and literature studies at the university.

He started writing at the age of 25 in 1989 and “Desertion”, his first novel was awarded a prize in Taiwan. Two remarkable collections of short stories “War Stories” (1) and “Shenzheners” (2) have already been mentioned. “Dr. Bethune’ s children”, a surgeon from Montreal, famous in China, is of comparable quality.

As the author says: “There are two main reasons that attracted me to settle here. I belong to the generation of Chinese writers, deeply influenced by existentialism and French literature. And Dr. Bethune was the spiritual father of the Chinese who grew up during the Cultural Revolution. “ 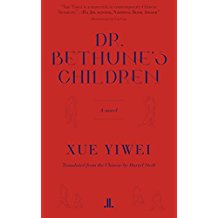 A publisher from Beijing is willing to publish a biography of Dr. Bethune on the occasion of the seventieth anniversary of his death. Xue Yiwei analyzes the archives of Mc. Gill university in Montreal after some research in China. Health problems, visions, a presence will lead him to speak directly to his hero and, in a novel, to write him twenty-two letters.

Letters explaining to him the influence he had on his childhood and that he now has on his life in Montreal. It is the recent history of China from his childhood during the Cultural Revolution that is evoked through the life and image of Dr. Bethune. The novel is warmly received in China by literary magazines which do not dare to publish it; but in 2011, a Taiwan publisher released the novel in three episodes and then in book form. The novel will be banned in China as two other novels.

In 2017, the book is translated by Darryl Sterk and published in Montreal by Linda Leith Publishing (3) after having been largely resumed by the author who has the habit of constantly rewriting and correcting his works.

Dr. Bethune, the most admired foreigner in China:

If we exclude the Marx, Lenin … Dr. Bethune was an icon that was known to all Chinese schoolchildren. Born in 1890 in Canada, stretcher-bearer during the First World War, then an army medical officer after his studies in Toronto. The medical instruments he invented are still used in thoracic surgery.

His humanist ideology of social medicine pushed him towards the Communist Party of Canada and from 1936 to 1938 he was on the front line of the Spanish Civil War. He will then join Mao Zedong’s Eighth Army in northern China in Yan’an, where he organizes mobile surgical antennas and trains doctors and nurses. He cuts himself accidentally while operating and dies of a sepsis on November 12, 1939. 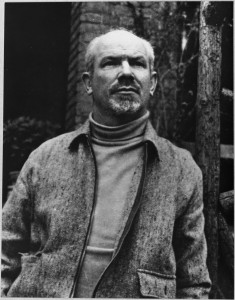 The private life of Bethune is complex, many mistresses and a woman he married twice, a union ended by two successive divorces! His life in Yan’an will be difficult, very embarrassed by the language barrier. He will be isolated, without a woman, nostalgic of Canada and newspapers in English. Twenty months in China, many letters to his friends in Canada but also to his “great friend” Mao Zedong that he will meet once.

A month after his death, Mao Zedong wrote an 800-word text “In memory of Norman Bethune” that all Chinese schoolchildren studied and which was part of the Little Red Book. “Comrade Béthune’s spirit, total self-forgetfulness and total devotion to others, appeared in his deep sense of responsibility for work and in his boundless affection for his comrades, for the people. Every Communist must take it as an example “(4)

Dr. Bethune is a powerful symbol of idealism that has been widely used by Mao Zedong and the Communist Party: “So here is a stranger who, without being driven by any self-interest, has embraced the cause of the liberation of the Chinese people” inspired by the spirit of internationalism and communism.

This mythical image connects China and Canada. It is an icon that has facilitated the establishment of diplomatic relations. Statues in China and Canada, stamps are issued in both countries in 1990 …

Xue Yiwei is not a thurifer, he constantly wonders about Bethune’s real motivations. Political commitment, war, may be a way to escape personal problems and a life that does not seem to

have been very happy. As he wrote to Pony, his mistress before leaving Canada, “I must go to China”, why? 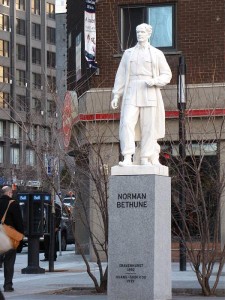 Many letters concern the author’s childhood, the school at the time of the Cultural Revolution and his friendship with Yangyang. Small details, better than long descriptions, bring life to the ideological pressures of the time. The dramas of the year 1976 and the death of Mao have already been described but here it is through the eyes of two teenagers.

Dr. Bethune is the spiritual father of this generation, “you are the father we keep searching for”(p.7). “I miss you Dr. Bethune. I miss you the same way I miss my childhood companion”. Yangyang wanted to join Dr. Bethune, an example of purity; but his mother became insane after his suicide. “I am sorry Mom, please forgive me” (p.163).

But as the author says, China has changed a lot, “China is no longer the country to which you have devoted yourself …” “It can be called the biggest capitalist country in the world” (p.26). But if Bethune is today somewhat forgotten in China, it does not change anything for Xue Yiwei, because for him, literature is a “mission”.

Tiananmen and leaving for Montreal:

The word Tiananmen is not quoted but its recalling in the book is one of the reasons for the censorship. After Yangyang’s death, his parents greet Yinyin, an orphan rescued by the army in the Tangshan earthquake. The narrator and Yinyin come close together despite the opposition of the two families, love each other and get married. A short period of happiness but in June 1989, Yinyin, pregnant, leaves for a few moments; she will not return, killed by three bullets from those who saved her at Tangshan; she was killed “by accident”.

The narrator managed to leave China in April 1990, to settle in Montreal. A life not really happy; eight years after Yinyin’s death, he lived for a few years with an authoritarian Vietnamese who tried to replace a lost love.

He is happy to welcome his parents, it will be a disaster, his mother will even welcome the death of Yinyin. He feels orphaned and nostalgic of the time when in China one was not interested primarily in money.

A book considered by many to be one of the most important novels of recent years. The tone is very original, optimistic but with many regrets about his childhood, his friendship with Yangyang, his love for Yinyin. We are won over by the variety of styles, dialogues, historical or sociological references.

The serie of letters is not chronological; we are talking about childhood, Montreal, the life of Bethune; the flashback is constant. The life of the characters progresses from letter to letter even if the events are announced in advance. 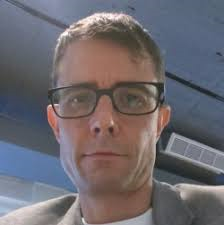 Many digressions, anecdotes not always essential but that revive the interest. Two characters in Montreal, Claude and Bob allow breaks in the narrative and give their vision of China and linguistic conflicts in Canada. Claude is a separatist, a Quebecker, he is not interested in Dr. Bethune, a Canadian!

The author excels in choosing details to locate an era, a character. Sometimes this illustrates a social or political criticism but the ideological analysis is totally absent.

Xue Yiwei, very popular in China, has now finally been discovered in Montreal. Two books translated into English (2-3) by Darryl Sterk, since a few months professor at Lingnan University of Hong Kong after a few years in Taiwan where he also translated two novels by Wu Ming-yi.

“People of Shenzhen” has just been translated into French and published in Canada (5). Let’s hope it will be the same for “The children of Dr. Bethune”.