I met Xinran twice for an interview and I appreciate her efforts to present in a simple way and without political bias, complex subjects. One should underline also her sense of humor and her willingness to try to fill a bit of the ignorance of Europeans towards China and its culture. “Memories of China “, published in 2010, sold much less in France than ” The good women of China ” or ” Sky Burial “, but it is a book that deserves attention.

“The voice of a silent generation “
More a journalist than a novelist, as she was able to explain it to us three years ago, Xinran wanted to record “ emotional reactions related to the dramatic changes of the last century. “

Twenty interviews selected in different provinces and for most of them “ordinary people” , some are exceptional but they are not celebrities . Craftsmen, manufacturers of lanterns , alongside witnesses of history (from the Long March or the Xinjiang prisons) or observers from the police, the justice or the military .

This ” oral history ” does not try to be a representative sample; Xinran honors the dignity of this generation and their very difficult living conditions. The sacrifice of the grandparents made the exceptional development of the country possible. They all explain that the period following 1949 was a positive change despite the political abuses, despite very hard work which often led to sacrifice family life and relationship with children. Of course, children and 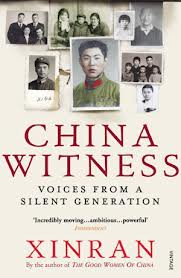 grandchildren tend to mock the ideals of this generation which is far from the obsession of the younger generation with purchases and fashion.

With Xinran a lot of empathy, interest and respect for the interviews and the will to have them really speak up because ” in China nobody believes that countrymen can be pushed to tell the truth .” She sticks to her opinion: “The Chinese have not managed to escape three millennia of totalitarian imperialism, nor to that of a 20th century of chaos, violence and oppression. This still prevents them to speak freely without fear of reprisal by the authorities. “

The image of Mao Zedong :
Xinran positions are clear but she does not shy away from the debate and a number of speakers specially the peasants regret the leader who ” has redistributed land ” … ” Thanks to him, the citizens had free access to housing, education and medical care.” In addition, ” Mao Zedong gave back dignity to the Chinese people after the Opium War .”

Some stories are very exciting with little-known episodes and specially the colonization in the 1950s of the Xinjiang province by hundreds of thousands of Kuomintang prisoners or from reeducation camps through labor under the supervision of the army. A “Building Organization”, “a specialized social organization, administered from the central government” was responsible for the development of this province. One can not help thinking that the methods have not changed much since, for example, the colonization by the imperial armies of Miao  countries in Hunan and Guizhou provinces.

It is a pity that the author did not succeed in reducing the size of the book by deleting some interviews or related documents. Previous books of this kind published in France are much more concise like “The Peking Man” by Zhang Xinxin ( Actes Sud 1992) or “The Empire of the Absurd ” ( Bleu de Chine 2001) written with great talent by Feng Jicai after the Cultural Revolution; a character she likes because “he does not limit himself to 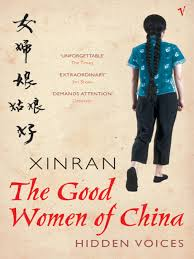 writing a book, he makes you think .”

(1) Xinran – “Memory of China, the voice of a silent generation” , translated into French from the Chinese by Prune Cornet . Editions Philippe Picquier 2014 – 720 pages 12.50 eur