Xu Zechen is not yet forty years old and is considered one of the most promising writers of his generation. One of his novels “Running through Beijing” (1), has been translated into English and will be published in French in 2016. A rather pleasant book that is easy to read and where we meet in neighborhoods north of Beijing various petty traffickers rather..happy!

The main character was named by his father who was reading an article in the People’s Daily about the Buddhist caves of Dunhuang. He just got out of prison after three months; his friend Bao Ding, arrested at the same time as him, selling forged documents, has not been released.

Kuang returns, Dunhuang shares an apartment with students, his best customers. He looks for Qibao, the friend of Bao Ding, also in the fake papers traffic. He finds her, sleeps with her but she refuses that they live together. Police claims to fight against pirated DVDs, Kuang Shan is arrested but soon released after various payments …

Dunhuang saves to have Bao Ding out. This will not be needed as Bao Ding protected a well connected prisoner and will be released with him. The money will be used to bring out Qibao, arrested for prostitution. Dunhuang and her will live together but for a short time and it will be Kuang Shan, married to Xiaorong pregnant who will be again in trouble …

The friendship loyalty is essential, partners and friends should not be left. From this point of view, Dunhuang is very moral, too much says Bao Dingt who believes that he will manage to get out of jail or to stay …

With women, the situation is less clear; Xiaorong lived some time between Dunhuang and Kuang Shan. As for Qibao, Bao Ding does not blame Dunhuang relations with her but his not interfering to stop her into prostitution.

Dunhuang is tender without being romantic. He was very attached to Xiaorong but regrets that she thinks only of returning to her village; he will help when necessary. He is very much in love with Qibao who manipulates him and hides her double life. The happy times spent together are more important than everything and there is no violence in the relationship between Dunhuang and the two women; an element that possibly helps the identification of the Western reader. 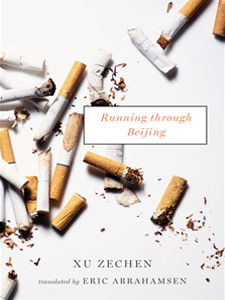 These small dealers surprise us with their business acumen, their ability to adapt and grow their customer base. Dunhuang will even buy a bike (stolen) to deliver to a young woman who only buys a DVD periodically. When his own bike is stolen, he will deliver running, hence the title of the novel.

They are ordinary people who came from their country to try their luck in Beijing; small traffickers but no real criminels. No excessive realism, no underlining of sordid aspects; life in Beijing is hard but it has good sides. It should be a depressing book, but it is quite the opposite; we dare to write, they seem quite happy.

Beijing is not the hero of the book, but these neighborhoods north of Beijing in Zhongguancun play an important role: offices, unofficial markets close to universities. Corruption, trafficking, fraud are everywhere present. Considered as a fact, police corruption is treated as self-evident. No willingness of denunciation, no interest in politics, the word Party is not even mentioned! The novel and it is one of its qualities, is not trying tolook spectacular in either the development of the plot or the characters or in their environment.

The analysis of the five characters is done well and quite thorough, their behavior explaining their character. But the secondary characters are sometimes abandoned without an explanation; we will not know what happens to the purchaser of DVDs Dunhuang delivers running! The characters and situations are simple, so is the style. The translation by Eric Abrahamsen is read with pleasure and we appreciate the humor of certain passages and the relaxed tone of the dialogues.

A short novel (160 pages) and four short stories translated is not much to have an opinion but the press is quite positive. He was born 38 years ago in northern Jiangsu Province. A childhood in the countryside and a Chinese literature degree from Peking University. He previously taught for two years and began writing short stories. He works as an editor for the famous magazine “People’s Literature” and stayed twice in the United States including in 2010 at the University of Iowa.

Four novels and a large number of short stories, which some are linked to childhood memories. Sometimes nightmares as in “Throwing out the baby” (2): two children catch frogs near a cemetery where babies are abandoned; his friend Xiaomao is not affected by the death of these babies but the narrator is highly disturbed.

“Galloping horses” (3) is in a lighter note: how to get a chance to ride a horse, the dream of one young boy who will willingly abandon the supervision of a watermelon patch? But the father of the child will return sooner than expected and the spanking will be severe … These memories of the countryside are well written, simple, classic with limited tension or ending. But the author seems more comfortable in this register than with “urban”short stories. 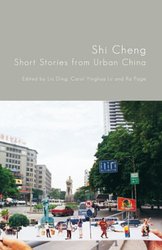 “Wheels are round” (4) is a sentence punctuation, a repeated comment by a driver who could not adapt to the boatman business and will divorce from the daughter of the owner of the boat. After four years in prison for having crushed a passer, he finds a job in a garage and builds with mismatched parts, a car, “Stallion” which impresses clients and for which the boss has a buyer. All this will not end happily but the author does not take it seriously and we appreciate the pace of the narrative.

This is not the case with “A brief history of time” (5) where a commercial executive who drinks too much is taken in the  Sichuan earthquake of May 2008. A concrete slab protects him; he is afraid, he suffers, he is hungry and thirsty. He follows the course of his life until his early childhood. It’s not very original; political events are hardly commented whether June 1989 or the Cultural Revolution …

His latest novel “Jerusalem“, published in 2014, is much more ambitious; it will be translated into French. Xu Zechem will then be forty years old, the best age …