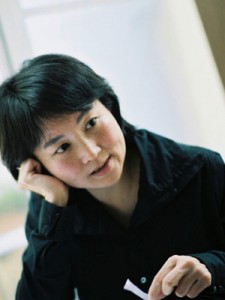 A symposium last October at INALCO on military compounds in Taiwan, led me to read / re-read the texts by Zhu Tianxin and her older sister Zhu Tianwen. Isabelle Rabut and Angel Pino, professors one at INALCO, the other at the Bordeaux university, run at Actes Sud a serie of modernTaiwanese novels and play an essential role in promoting this literature. These two days, during which were also presented two films, could be supplemented by reading an excellent article by Angel Pino in “Les Temps Modernes” (1).

1- A unique situation, miltary compounds in Taiwan:
In 1949, after the defeat, 600,000 soldiers and 500,000 civilians moved to Taiwan; a huge shock for an island populated at that time by 7.6 million people. It was necessary to accommodate these arrivals; light constructions, provisional, since the stay was meant to be temporary: 880 villages including 200 around Taipei and usually specialized by corps and with supplies of military rations.

In these overcrowded villages, lived a close-knit community with common references, whether anti-communism and loyalty to the Kuomintang, but also military values and especially traditional Chinese culture. Women play a vital role, husbands are stationed outside and sometimes in the islands because of their military obligations.

These villages are not part of Taiwanese society, which does not speak Mandarin and do not trust the “continentals” especially after “the incident of February 28, 1947”, in fact the massacre by the Nationalist army of at least 20 000 Taiwanese. The island, after the Japanese surrender, came under the control of Nationalist China and Governor Chen Yi. With an economic crisis and authoritarian policies, the enforcing of the tobacco monopoly, causes an incident, a death and then an explosion in the whole island. Martial law lasted until 1987 when he was possible to recall the massacre and organize apologies, compensation, celebrations …

For many years, the “mainlanders” tried to impose Mandarin and  refused to learn Taiwanese as much as their stay was supposed to be only temporary. But after the death of Chiang Kai-shek in 1975, dreams are 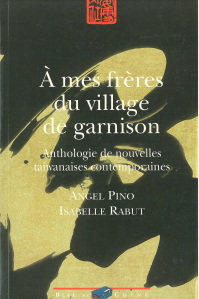 phased out. The economy is developing rapidly, people then want to leave the villages for better housing; not speaking Taiwanese becomes a handicap. The “continentals” consider themselves as foreigners inTaiwan and also in a much less developped China where they can travel as from 1987.

2- The miltary compounds, as a part of Zhu Tianxin’s childhood:
She was born in 1958 with a Chinese father, military and well known writer (Zhu Xining, 1927-1998) and a Taiwanese mother. She is the younger sister of Zhu Tianwen. She is a graduate of History at National Taiwan University. She will be influenced, as much as her sister, by Hu Lan-cheng, an amazing character, the first husband of Eileen Chang, who will be moving to Taiwan in 1974 to teach at the university but will be expelled two years later, given his records of collaboration with the Japanese.

Zhu Tianxin has another passion, the father figure of Chang Kai-shek who died in 1975. She won several literary awards in 1976 and launched with her sister the literary magazine Sansan (“double three” which refers to the three principles of the people with Sun Yat Sen and the trilogy of the Christian religion, that of their father).

The short story ” In rememberance of my buddies from the Military compound” (1992) (2) shows the importance of this period in the life of Zhu Tianxin. She recalls village activities, family and lifestyle, friends of this period, some of whom have become famous, their desire and difficulty to find a way out of the villages; “many kids from the military compounds had no experience at all with the “Taiwanese”… before they left in their twenties, to attend college or serve in the military. The only few exceptions were those with Taiwanese mothers” (p.263). In short, they feel foreign or exiled in their own country; she protests against this situation even if she is a daughter of a Taiwanese and married to a man from the island.

3- Literature and Politics:
In a very interesting dissertation (3) about the author, Hwei-Fang Chen speaks of “political cycle” of her literary career. Zhu, in many short stories, strongly criticizes the separatist positions. She retains  nostalgia of the past and the worship of the father while distancing partially from the KMT who has become “native”. She writes political articles in the press, becomes in 1991 a member of the Socio-Democratic Chinese Party and even a candidate for an election. 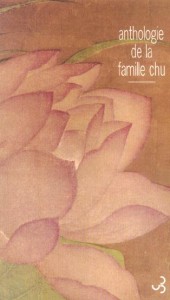 A short story in 1987 “I remember” (4) is more an essay on local politics, on election campaigns and the attitude of a “leftist” who settles down. The uncomfortable situation of “continentals” who do not speak Taiwanese is again discussed.

Much more original is a 1989 text (5) “Nineteen days of the new party“, where the establishment of a tax on stock profits leads small (and big!) investors to demonstrate. The KMT is criticized but the DPP (Democratic Progressive Party), which seeks to take advantage of the situation is not spared and the author emphasizes it’s manipulations and conflicts of interest. The heroine, a traditional housewife, invest on the stock exchange without telling her family and takes thereby her independence. She is proud of her independence, joins the demonstrations, is passionate about “tips” on stocks …

In a famous essay, “The old capital” (1996) (6), the border hardly exists between fiction and reality; the policy is only one of the topics of this text. The DPP to which the traditional people of Taiwan identifies, is considered responsible for the defacing of Taipei, and environmental problems. She denounces the evils of political manipulation and the split between “mainlanders” and Taiwanese …

Nevertheless, it is the memory that is the main topic; individual memory, but also the role of collective memory in its relations with the country’s history. “The old capital” is a novel full of citations of all kinds, a serie of collages. As many Western references as Chinese or Japanese quotations, whether Kawabata’s book or the beautiful myth of Tao Yuanming on “Peach Blossoms Spring”.

Quotes, travelling between Kyoto and Taipei, and in Taipei between the modern town and the city as it was at the end of the Japanese occupation. This “modernism”, a bit too systematic, makes the reading difficult for those who do not intimately know the capital.

4- Modernism and talent
Several literary techniques are sometimes explored successfully. “Death in Venice” (6), a short story published in 1992 is an example of metafiction, a story in the making. Venice is the name of a cafe where the author 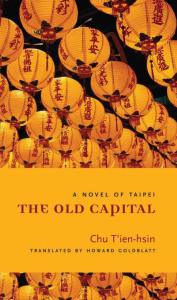 writes with pleasure, but it’s also the city where he accompanied several years ago, his parents during a trip to Europe. A beautiful text with interesting collages; for example this quote from Rilke “If my demons were to leave me, I’m afraid my angels too would fly away.” The humor of the author in relation to himself allows us to accept a short story a bit… too long.

By cons “Man of La Mancha” (1994) (4) is a great idea that could have been better developed: death occurs only once, you have to prepare it’s arrival. The hero, a homosexual, sorts his papers, questions his clothes and underwear, reviews his routes to avoid passing near awkward places …

“Hungarian water” (1995) (6) is alcohol added to incense, a perfume of the 14th century. This short story was for me of interest perhaps because this text is centered on perfumes like the novel by Patrick Suskind, about obsession of scents. But it is the evocation of the citronella smell that allows the narrator to speak with a man who explains the importance of perfume in his sex and even love life. His wife buys all new perfumes, “so the idea of an extra marital affair depended upon finding a woman who wore a perfume your wife had never tried.”

Humans have 44 times less smell than sheep dogs and that’s why the hero has trouble remembering, by the scents, mistresses from his past. Sometimes the perfume is no longer available and to find in Taipei “J’ai osé” proves to be a headache …

Finally, “The last train to Tamsui” (1984) (4) is a short story, classic in style and structure. Why is the old man boarding the train to Tamsui, why is he afraid that the man who follows him will murder him? He offers a student, Huang Tuan, to become his bodyguard; but the youngster falls asleep and the old man disappears at the train stop. What happened with him, did he commit suicide; contact with his son will not allow to answer. Traditional style, engaging characters, no artificial collages, a text that is read with pleasure.

The recent works by Zhu Tianxin are very different, non-political and personal. Her father died and the “Stroller” (2000) revolves around death and the father. In 2010, she published “A summer dawn, love around lotus flowers” which is the story of a couple who is aging both in life and in love. We come back to the problem of time and memory in these two books that are not yet translated.