A seminar in Paris, the 15th of December on Mao and popular memory. 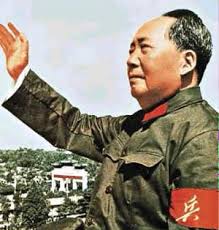 The policy of the Communist Party to impose its vision of history has contributed to a form of amnesia and multiple restrictions on the evocation of the Maoist period, but also gave rise to many reactions: the actors of this period getting older wanted to testify; economic liberalization and especially the development of the internet could allow this to happen.

Newspapers, photographs, documentaries, personal and family autobiographies, a significant amount of information was published. Major works, but not always released in China, the books by Frank Dikötter and some years later byYang Yisheng on famines and the Great Leap Forward, that by Michel Bonnin on sending young people to the countryside, that of Daniel Leese on Mao worship …

Questions about this period and the camps have led to the book byYan Xianhui and films by Wang Bing. The Great Leap Forward and the famine is the center of one of the most remarkable novels published over the last five years: “The Four Books” by Yan Lianke,  unfortunately not yet translated into English (2).

This novel leads Sebastian Veg, who has already been mentioned in this blog for his translations and studies on Lu Xun, to show us how this book by Yan Lianke allowed, although not released in China, a major debate in the press, internet and academia on the history of this period and the role of intellectuals.

This article (in English) is part of the special issue of “China Perspectives,” the hundredth issue of the magazine published in Hong Kong by the French Centre for Research on Contemporary China (CEFC). This publication is a brilliant introduction to the seminar (1)  taking place on 15 and 16 December 2014 and organized by the CEFC, the Foundation House of Human Sciences (FMSH) and the Centre d’Etudes et de Recherches Internationales (CERI, Sciences Po)

Also should be noted the presentation by Anne Kerlan of “Spark”, the latest documentary by filmmaker Hu Jie which will be followed by a discussion with the director. A major filmmaker who wants to avoid that all these testimonies disappear …